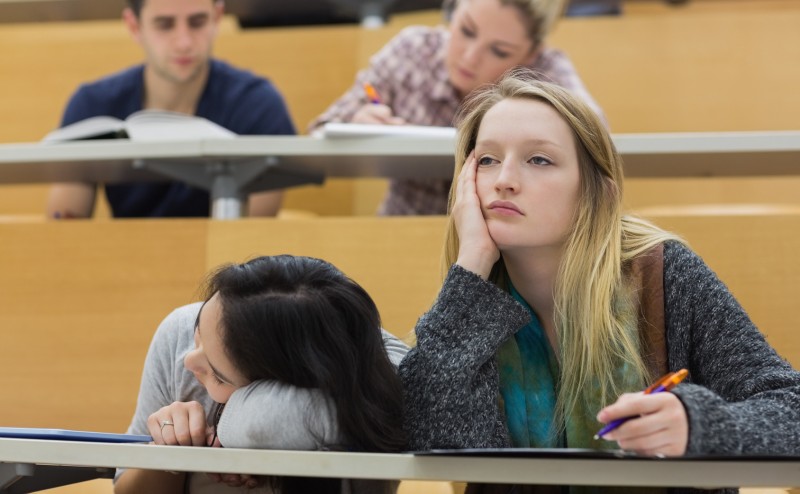 Do you think your school is starting way early for you? Are you getting lack of sleep because of it? Take a look at this news report from the American Academic of Pediatrics who says delaying school may help teens get more rest.

As the lazy days of summer give way to the painful reality of pre-dawn alarms, many kids are beginning their descent into chronic school-year sleep deprivation. The median school start time in this country is 8 a.m. But this fall, some schools, including a handful of elementary schools in New York City, will ring their first bell up to 40 minutes earlier than they did last year in order to accommodate curricular demands.

These early school start times result in sleepy kids and frustrated parents. But, as of Monday, those kids and parents have the formidable weight of the American Academy of Pediatrics on their side. The organization released a new policy statement saying that “insufficient sleep in adolescents [is] an important public health issue that significantly affects the health and safety, as well as the academic success, of our nation’s middle and high school students.”

“The empirical evidence [of] the negative repercussions of chronic sleep loss on health, safety and performance in adolescents … has been steadily mounting for over the past decade,” wrote Judith Owens, a pediatrician and the lead author of the report, in an email. “For example, an important recent study published this spring by Dr. Kyla Wahlstrom documented the positive effects of school start time delay in over 9000 students from eight high schools in three states, including improved grades and standardized test scores and up to a 65 to 70 percent reduction in teen car accidents.”

According to the Academy, the solution is to delay school start times. “In most districts, middle and high-schools should aim for a starting time of no earlier than 8:30 a.m. However, individual school districts also need to take average commuting times and other exigencies into account in setting a start time that allows for adequate sleep opportunity for students,” it said in a statement.

The organization also published a report that summarizes the current research on teen sleep trends, health consequences of chronic sleep deficits, factors that contribute to lost sleep, and ways to promote healthy rest in adolescents. The main take-away is that American teens are not getting enough sleep, which damages their mental and physical health, education, and even ability to drive safely.

According to the National Sleep Foundation, teenagers need at least nine and a half hours of sleep every night. However, the National Sleep Foundation’s 2014 Sleep in America Poll reports that less than half of American children get at least nine hours of sleep each night, and 58 percent of 15- to 17-year-olds regularly sleep fewer than seven hours each night. Since poll respondents tend to overestimate the number of hours they sleep, actual nightly sleep totals are likely lower than these self-reported averages.

This information is becoming more widely known, but many parents acknowledge that their kids still don’t get enough sleep. The National Sleep Foundation reports that while 90 percent of parents place “great value” on sleep, one quarter of those same parents report that their children regularly get an hour less than what’s recommended.

Moving bedtimes earlier is not going to fix the problem, particularly for adolescents. Teens stay up later not because they don’t want to go to sleep, but because they can’t. Due to the delayed release of melatonin in the adolescent brain and a lack of “sleep drive” in response to fatigue, teens do not feel sleepy until much later at night than young children or adults and have difficulty falling asleep, even when they are tired.

That’s why the American Academy of Pediatrics is focusing on school start times. “Although many changes over the course of adolescence can affect the quality and quantity of sleep, one of the most salient and, arguably, most malleable is that of school start times,” it says.

In the handful of districts where start times have been delayed by one hour, students did not shift their bedtimes later, resulting in a net gain of one extra hour of sleep on school nights. Those children arrived at school more rested and, according to the report, experienced “less daytime sleepiness, less tardiness, fewer attention/concentration difficulties, and better academic performance compared with middle school students at earlier-starting schools.”

Owens acknowledges that there is no single, simple answer to the problem of chronic sleep deprivation in adolescents. But “it’s important to recognize that school start time delay is a necessary but not sufficient step to ensuring that teens get enough sleep,” she wrote in an email. “If school starts at 7:20 a.m., it’s almost impossible for students to get enough sleep, but delaying start times is not a guarantee. This needs to be accompanied by healthy sleep habits (regular sleep-wake schedule, avoidance of caffeine, shutting down electronics before bedtime, etc.) as well as making sleep a health priority for the whole family.”

Owens’s own daughter attended a school that changed its start time from 8:00 to 8:30 as part of a research study on the way delayed starting times affect teen sleep. “I actually got to reap the benefits of a better-rested, more alert, and much less irritable student as both a mom and a sleep researcher!” she said.

Schools are not obliged to follow the American Academy of Pediatrics recommendations. But as the organization argued in its report, “the urgency and the magnitude of the problem of sleep loss in adolescents and the availability of an intervention that has the potential to have broad and immediate effects are highly compelling.”

Find out people’s reaction to this here: http://www.theatlantic.com/education/archive/2014/08/surprise-students-arent-getting-enough-sleep/379020/ 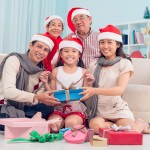 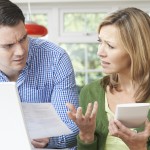 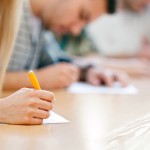 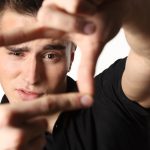 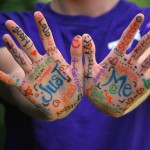